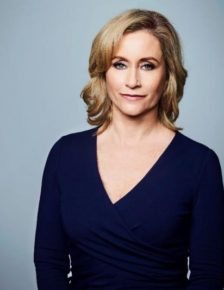 
Melissa Bell is a correspondent for CNN based in the network's Paris bureau.

Bell joined the network in October 2016, but had previously contributed to many of CNN's reports, including the Charlie Hebdo and Bataclan concert hall terrorist attacks, the Mali hotel siege and the Bastille Day attack in Nice.

Bell joined CNN from France 24, where she was a political editor before being promoted to international affairs editor and correspondent. She has extensive knowledge of Africa and the Arab world and has covered most major news story for the network's French and English speaking channels.

Beginning her career as a journalist in 1996, Bell worked for news wires before joining Granada Television in Manchester in 1999. She then moved to the BBC as a political reporter, where she covered Westminster for seven years.

Bell has a degree in Politics from Warwick University.

Bell speaks both French and English.