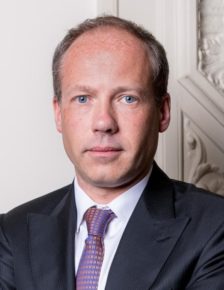 
Born in 1973, Matthieu Courtecuisse graduated from the National School of Statistics and Economic Administration (ENSAE). He then joined the World Bank and worked for three years within Infodev, the investment fund dedicated to digital.

In 2017, after 17 years, with more than 850 employees, the firm generates over €140 million in sales with 35% of its turnover abroad, notably in Europe (England, Benelux, Italy), the United States (the group's second largest location), the Middle East and Asia (Japan, Hong Kong and Singapore).

In parallel, he has developed an office property investment company with over €40 million in assets.

Lastly, for over 10 years, he has been involved with various think tanks (Institut Montaigne, Institute of Enterprise, the French-American Foundation in which he was nominated a Young Leader in 2012) and at the MEDEF as Vice-President of Syntec Management. He regularly writes economic views in the press and he published "The Consulting Factory" in 2012.