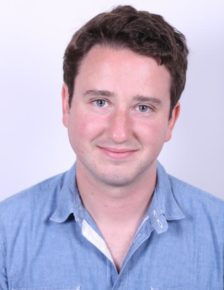 
Gabriel Zucman, born in Paris in 1986, is associate professor of economics at the University of California, Berkeley and director of the James M. and Cathleen D. Stone Center on Wealth and Income Inequality.

He is the author of articles published in peer-reviewed journals such as the Quarterly Journal of Economics, the American Economic Review, the Journal of Public Economics, and of three books. His research focuses on the accumulation, distribution, and taxation of global wealth and has renewed the analysis of the macro-distributional implications of globalization.

In a series of papers and in his book The Hidden Wealth of Nations, he has developed new methods to measure the wealth held in tax havens. This research finds that 8% of the world’s household financial wealth is held in tax havens, with large variation across countries—from a few percents in Scandinavia to 50% in Russia. Data leaked from offshore financial institutions (such as the “Panama Papers”) reveal that offshore wealth is very concentrated, with about 50% of it belonging to the top 0.01% wealthiest households.

A second strand of research combines theory and empirics to quantify the redistributive effects of international tax competition. The findings suggest that 40% of multinational corporate profits are shifted to tax havens globally and as much as 60% for US multinationals. This profit shifting has large redistributive implications across countries and social groups. Granular results of this research, available at MissingProfits.world, make it possible to assess the effect of alternative tax policies, such as a global tax coordination or unilateral changes to the taxation of multinational companies (e.g., the use of apportionment formulas).

With the members of the World Inequality Lab, he has pioneered the creation of distributional national accounts, statistics that decompose macroeconomic growth by social group. With Emmanuel Saez, he has constructed long-run series on the distribution of US wealth which have received attention in the US public debate. With Thomas Piketty he has studied inequality in China, Russia, and the long-run accumulation of capital in rich countries as far back as 1700. The results of this research are made available on the World Inequality Database (WID.world), an extensive database on the historical evolution of income and wealth inequality with contributions of over a hundred researchers.

From his 2008 master thesis devoted to the French wealth tax to recent studies of Denmark and the United States, he has analyzed the economic effect of wealth taxation (on capital accumulation, mobility, inequality, tax avoidance, and tax evasion). This body of work sheds light on current debates about the desirability and practicality of taxing wealth.

The Triumph of Injustice (WW Norton, 2019), jointly written with Emmanuel Saez, presents a comprehensive analysis of the progressivity of the US tax system taking into account all taxes at all levels of government, from the creation of the income tax in 1913 to the year following President Trump’s tax reform in 2018. For the first time in 2018 the ultra-wealthy have paid lower tax rates (all taxes included) than other groups of the population. The book, supplemented by an open-source tax reform simulator TaxJusticeNow.org, proposes to reinvent progressive taxation around three pillars: a progressive wealth tax, a new way to tax multinational companies, and a new national income tax.

In 2019, he was awarded the Bernácer Prize and a Sloan Research Fellowship. He received the Excellence Award in Global Economic Affairs from the Kiel Institute for the World Economy in 2017, and the Best Young French Economist Prize awarded by Le Monde and le Cercle des Économistes in 2018. He contributes to global policy debates.

All the results of his research, data, and programs are available online at gabriel-zucman.eu and on: