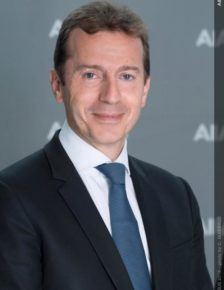 
Guillaume Faury was appointed Airbus Chief Executive Officer in April 2019 and leads the Company’s Executive Committee. He was previously President of Airbus’ commercial aircraft business, a role he had held since February 2018. Prior to this, Guillaume was Chief Executive Officer of Airbus Helicopters (2013-2018), where his achievements included restructuring its manufacturing system and introducing new technologies. Before that, he enjoyed a four-year spell in the car industry at Peugeot (2009-13), the French automotive manufacturer, rising to become the Executive Vice-President for Research and Development and a member of the company’s management board. He presided over significant advances in Peugeot’s lower-emissions hybrid-engine technology and the overhaul of the company’s product range, among other accomplishments. Between 1998 and 2008, he held various leadership positions in engineering, programmes and flight testing in Airbus’ helicopter business, which at the time operated under the name of Eurocopter. He became Executive-Vice President for Programmes and a member of the Eurocopter Executive Committee, before being appointed as Executive Director for Research and Development. Guillaume began his career in 1992 as a flight-test engineer for the Eurocopter Tiger helicopter in the Direction Générale de l’Armement (DGA), the French government agency responsible for the development and purchase of defence systems for the French armed forces. He graduated from the École polytechnique in Paris in 1990 and, subsequently, from the École nationale supérieure de l'aéronautique et de l'espace in Toulouse. Guillaume’s love of flying and aviation dates back to his childhood. He is a qualified light-aircraft pilot and helicopter flight-test engineer with 1,300 hours of flying experience.