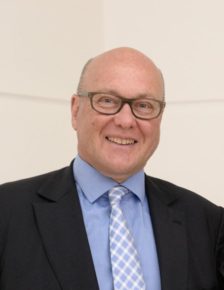 
Chairman of the French Asset Management Association (Association Française de la Gestion financière - AFG) since May 2017, he is also Senior Advisor of the Financière de l’Echiquier.

He began his career in 1978 with the stockbroker Michel Puget. He remained a senior executive at the firm until its merger with the Barclays group in late 1989.

In 1989, he founded “Europe Egide Finance”, heading that company until its sale to KBL France (Krediet Bank group) in 2003, whose he had served as managing director until 2006. From 2006 to 2017, he has been managing partner of Acer Finance.

He served as Vice-Chairman of the AFG from 1997 to 2003 and from 2015 to 2017 and chaired its Entrepreneurial Asset Management Firms Committee.

In May 2017, he succeeds Yves Perrier as Chairman of the AFG for a two-year term. He’s reappointed in June 2019 for a three-year term, with the goal of acting resolutely for the education of the investors, promoting the emergence of new sources of growth for the AM French industry, and supporting the development of French investment managing companies on an international scale.

He is also a member of the AMF’s Consultative Commission on Asset Management and Institutional Investors. He graduated with a master’s degree in financial management from Sorbonne – Paris I.