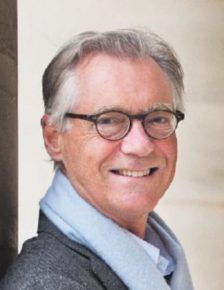 
Editor of Les Echos and L’Opinion, Eric Le Boucher is the co-founder of the online magazine Slate.fr.

Graduated from the Institute of Statistics of the University of Paris, he holds a postgraduate degree in management and a doctorate in economics, both obtained at the Paris-Dauphine University. He works as an economist at IRIS ( (Institut de recherche en informations économiques et sociales) at Paris Daupine between 1975 and 1979.

In 1983 he joined Le Monde where he worked as an economic journalist and then correspondent in Frankfurt, head of the economic department, editor-in-chief and columnist. He appeared on Radio Classique, France Culture et Europe1.

He was a member of the Commission for the Liberation of French Growth known as the « Attali Commission », which submitted its report in January 2008. He is also a member and then president of the Codice, Council for the Diffusion of Economic Culture, created in 2006 to bring solutions to the lack of knowledge in the field of economy by the French people.

He is a member of the Scientific Council of CEPII (Center for Prospective Studies and International Informations).
He is the author of « Stolen Memories » (1979) « Economically incorrect » (Grasset, 2005), « The saboteurs » (Plon 2014).


11:15
Masterclass with Jacques Attali: Can Empathy be the core value for the 21st Century?
Canal 1
Watch the overview Watch on-demand video