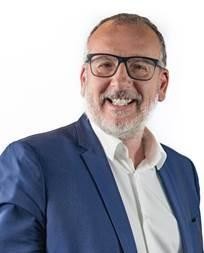 
Bernard Bensaid is a professor, economist and founder of the Doctegestio Group.

Athe the age of 28, he is a Polytechnique engineer, a graduate of the Ecole Nationale de la Statistique et de l'Administration Economique (ENSAE) and holds a PhD in economics. The same year, he was awarded the Gaëtan Pirou Prize for his work in economics.

At the age of 35, having been ranked first for the quality of his research, he became a professor of economics and he began teaching at the Institut d'Etudes Politiques de Lille.

As early as 1999, he created and innovated when he launched Direct Gestion, the first administrator of online property and rental management solutions in France.

The company then grew consistetly and chagned scope by reaching new industries.

When he adopted the name Doctegestion in 2010, Bernard already operates neraly 35 establishments.

The financial crisis of 2007 intensified and became an economic crisis. Acquisitions are often takeovers in the sanitary and medico-social fields.

In total, there are now nearly 9,600 employees, 290 facilities and 420 million euros of activity.

Today the Doctegestio Groupe is the leading global operator in health and well-being, supporting families and individuals at all stages f their lives.