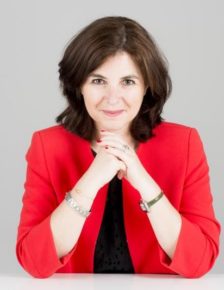 
Béatrice Mathieu is a French economist and journalist. She used to work for the banking sector and a consulting company. Then she worked for several economic magazine (La Vie Financière, L’Usine Nouvelle, L’Expansion). She became chief editor of L’Expansion in 2013. She is now deputy chief editor of in charge of economy at the news magazine L’Express.