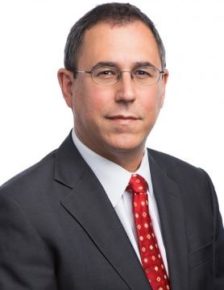 
Barry C. Lynn is Executive Director of the Open Markets Institute in Washington. He is author of Cornered (2010) and End of the Line (2005). His work has been profiled in The New York Times, The Washington Post, The New Yorker, The Economist, and CBS, and he has published in Harper’s, the Financial Times, Harvard Business Review, and The National Interest. Lynn and his team have taken the lead in illuminating the effects and origins of America’s new monopoly problem, and in detailing how democratic societies around the world can protect themselves against concentrated economic power. He and OMI work closely with political leaders from both U.S. political parties, and with antimonopoly enforcers across the United States and Europe. Lynn’s critique of the “Chicago School” neo-liberal economic philosophy was the subject of a hearing in the U.S. Senate and of numerous high-level discussions by leading antitrust scholars. His work on the flaws in the international trading system – especially the fragility of vital supply chains – has been widely studied in Europe, Asia, and throughout the U.S. government. Before OMI, Lynn spent 15 years running a program and working as a Senior Fellow at the New America Foundation. Earlier he was Executive Editor of Global Business Magazine and a correspondent for the Associated Press and Agence France Presse in South America and the Caribbean. Lynn has a BA from Columbia University. He was born in Miami.

The mission of Open Markets is to empower individuals to reclaim all the freedoms fundamental to a happy life as independent and fully engaged citizens. To this end, we research and write about the political and economic dangers posed by concentration of economic power, and promote much more aggressive enforcement of antimonopoly law. OMI stands in the forefront of efforts to break and neutralize the power of the Internet super monopolies. OMI is also the leading voice in the United States in defending workers, entrepreneurs, farmers, innovators, small investors, and democratic institutions against concentrated power and control.