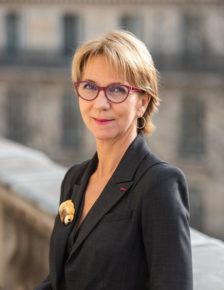 
Florence Lustman is chairman of the French Insurance Federation since October 2019. Before taking up this position she was, from 2012, General Inspector and then Chief Financial Officer and Public Affairs Director and a member of the Executive Committee at Banque Postale. Between 2007 and 2012, Florence Lustman chaired the Alzheimer Plan on behalf of the President of the Republic. Between 2000 and 2007, she headed the French Insurance Supervisory Committee (Commission de Contrôle des Assurances) as General Secretary. She was a founding member of CEIOPS (now EIOPA), member of the Executive Committee of the International Association of Insurance Supervisors and member of the Standards Advisory Council of the International Accounting Standards Board. Having graduated from the Ecole Polytechnique (X 1980), the Paris Institute of Political Studies (Institut d’Etudes Politiques) and the French Institute of Actuaries (Institut des Actuaires Français), Florence Lustman is a qualified Inspecteur général des Finances et Ingenieur général des Mines