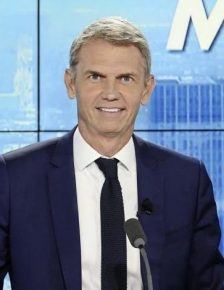 
Graduated from Sciences Po Paris in 1988 and from Essec Business School in 1990, Christophe Jakubyszyn is an economic and a political specialist. Currently anchorman of “Good Morning Business”, the economic morning show on BFM Business radio and television, Christophe hosts everyday experts, editorialists and key business executives (from start-ups entrepreneurs to CEOs of major companies). Christophe spent 12 years at Le Monde as economic journalist and chief editor. And from 2012 to 2019, he was head of the political service and editorialist of the leading French and European television TF1. As a major achievement, he was the mediator of the one and only debate between Emmanuel Macron and Marine Le Pen in 2017.