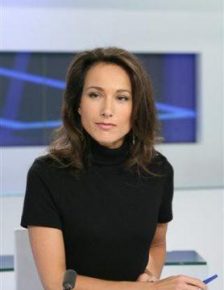 
French journalist who presents the 6pm/8pm slot and the 7pm debate on the French international news channel France 24.

A graduate of Sciences Po Paris and holder of a master's degree in journalism from New York University, she worked at ABC News-New York, CNBC-New York, and Bloomberg TV in London. Back in France, she reported for the magazines "Argent Public" (France 2) and "Zone Interdite" (M6). She has been with France 24 since September 2006. She is the author of "DSK au FMI, Enquête sur une renaissance".