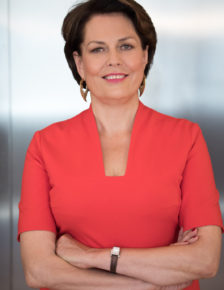 
A graduate of Sciences Po Paris, the ESSEC business school and the École Nationale d’Administration (ENA), Véronique Bédague-Hamilius is CEO of Nexity since May 2021. She used to served as the Nexity group’s Deputy CEO in charge of Commercial and Local Authority Clients starting in 2019, then Institutional Clients from July 2020. She has also been Chairman and CEO of Nexity Immobilier d’Entreprise since March 2018. She joined the Nexity group in 2017 as Company Secretary and a member of the Executive Committee. Before joining the Nexity group, Véronique Bédague-Hamilius pursued a career as a senior civil servant. From 1994 to 1997 she worked as an economist at the International Monetary Fund in Washington; from 2000 to 2002 she served as an adviser to Laurent Fabius, the French Minister of the Economy, Finance and Industry; from 2002 to 2007 she worked as Director of Finance for the City of Paris; from 2008 to 2014 she served as Secretary General of the City of Paris under Bertrand Delanoë; and from 2014 to 2016 she was Chief of Staff for French Prime Minister Manuel Valls.