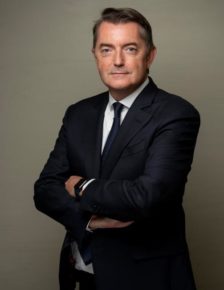 
Philippe Heim is 52 years old. He graduated from the École Supérieure de Commerce de Paris (ESCP Europe), the Institut d'Études Politiques de Paris (Sciences Po Paris) and the École Nationale d'Administration (ENA). He is Chief Executive Officer of La Banque Postale since September 2020. Philippe Heim began his career in 1997 in the French Finance Ministry, where he held several positions before being appointed Deputy Trade Commissioner at the French Embassy in Singapore. In 2003, he was appointed as Technical Advisor to Francis Mer, then French Minister of Economy, Finance and Industry. The following year, he became Budget Advisor to Nicolas Sarkozy, then Minister of the Economy, Finance and Industry. In 2006, he was appointed Head of Cabinet for Jean-François Copé, Minister of the Budget and the Government's Spokesman. He joined Societe Generale in 2007, first as Senior Banker in charge of Global Relations, with a portfolio of strategic customers within Societe Generale Corporate & Investment Banking (SG CIB), and then in charge of the Group Strategy and Finance departments. Philippe Heim was appointed Group Chief Financial Officer in 2013 and was also a member of the Group's Executive Committee. Since May 2018, Philippe Heim had been Deputy Chief Executive Officer of Societe Generale, in charge of International Retail Banking activities, Financial Services and Insurance.