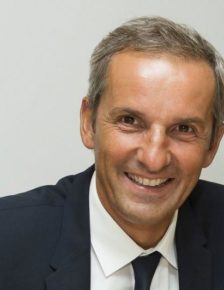 
A former ENA student, Pascal Demurger left the budget department of the Ministry of the Economy and Finance to join MAIF in 2002. He held various positions before taking over the management of the group in 2009. Elected president of the Groupement des Entreprises Mutuelles d'Assurance (GEMA) in 2014, he is also working to build the Fédération Française de l'Assurance, of which he has been vice president since its creation in 2016 and until July 2019. He is also the first president of the Association des Assureurs Mutualistes founded the same year. A committed executive, he believes that the company must assume its responsibilities beyond itself and watch over its impact on its environment. In June 2019, he will publish L'entreprise du XXIè siècle sera politique ou ne sera plus (Editions de l'aube), in which he shares this conviction and his experience in building an original business model over the past 12 years at the head of MAIF. In January 2022, he published a report, in partnership with the Jean Jaurès Foundation, in which he formulated 12 proposals to encourage, but not force, each company to commit to the ecological and social transition.