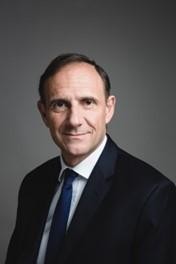 
Olivier Sichel, 55, is a graduate of ESSEC and IEP in Paris and a former student of ENA. He began his career as a Finance Inspector at the Ministry of the Economy and Finance, and in 1998 became a branch manager at France Telecom. In 2000, he became Chairman and CEO of Alapage.com, a pioneering e-commerce company and subsidiary of Wanadoo, of which he also became Chairman and CEO in 2002. He then ensured the integration of the French Internet access leader into the parent company, France Telecom, where he became Executive Director of the Fixed-line & Internet Europe Division. He left the company, which had become the world's second largest ADSL provider, in 2006 after launching the Livebox. Partner of the venture capital company Sofinnova, he supervises investments in innovative digital companies. In particular, he works on the development of opensource players and various platforms. In 2012, he became CEO of the European leader of pure-player shopping guides LeGuide.com. He is also dedicated to defending an open and humanistic European conception of the network. He created and chairs the Digital New Deal Foundation, a think tank dedicated to digital. In January 2018, he was appointed Deputy Chief Executive Officer of the Caisse des Dépôts et Consignations, where he is responsible for subsidiaries and holdings as well as the Banque des Territoires. Since March 2020, he has been Deputy Chief Executive Officer of Caisse des Dépôts, Director of Banque des Territoires. In March 2021, he will submit a report on the energy rehabilitation of private housing, which was commissioned by Bruno Le Maire and Emmanuelle Wargon.