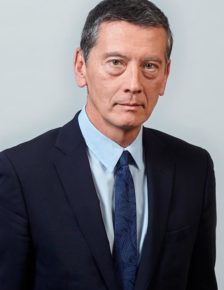 
Luiz A. Pereira da Silva is the Deputy General Manager of the Bank for International Settlements (BIS) since 2015. Before joining the BIS, he had been Deputy Governor of the Central Bank of Brazil since 2010. Prior to that, he worked in various positions for the World Bank in Washington DC, Tokyo and Southern Africa. He also served as Chief Economist for the Brazilian Ministry of Budget and Planning, and as Brazil's Deputy Finance Minister in charge of international affairs (2003-2006). He has worked and published in the areas of poverty, climate change, financial regulation and monetary policy. He is the co-author of The impact of macroeconomic policies on poverty and income distribution (with Francois Bourguignon), The Green Swan: Central Banking and Financial Stability in the Age of Climate Change and Integrated Inflation Targeting (with Pierre-Richard Agénor).