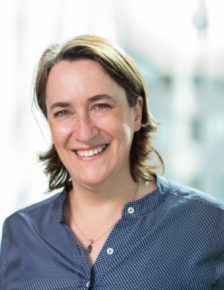 
Delphine d’Amarzit is the CEO of Euronext Paris and member of the Managing Board of Euronext N.V. Delphine d’Amarzit joined Euronext in March 2021 from Orange Bank, the mobile bank of Orange, one of the world’s leading telecommunications operators, where she was deputy CEO since June 2016. Prior to that, she held various positions in the public sector, notably within the French Treasury Department, the Office of the Minister of the Economy and Finance and the Office of the Prime Minister. Delphine d’Amarzit’s areas of responsibilities included European financial regulation, capital markets development as well as economic and financial affairs. She notably participated in the definition of the public response to the financial crisis, rescue package and recovery plans and coordinated the government action on all matters related to economic reform and financial services. Delphine d’Amarzit is also non-executive Director of Euroclear since July 2021. She began her career in the public sector in 1993, at the Inspection Générale des Finances, before joining the French Treasury Department. Delphine d’Amarzit is a graduate of the Institut d’Études Politiques de Paris (Sciences-Po) and of the École Nationale d’Administration. She also holds a Master’s degree in Corporate Law from University Panthéon-Sorbonne.