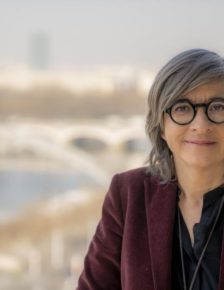 
After graduating from the École nationale d’administration (French National School of Administration) in the Léon Gambetta graduating class, Catherine Guillouard first worked for the Direction générale du Trésor at the French ministry of Economy. In 1997 she joined Air France where she held various positions such as: Executive Manager of Flight Operations, Delegate-General in charge of Human Resources and Change Management then Group Chief Financial Officer. In 2007, she became the Chief Financial Officer of Eutelsat Communications, also sitting the company’s executive committee. She next joined Rexel Group in 2013, where she was in charge of Group Finance, Control and Legal Affairs and a sitting member of the Executive Board, before being appointed Deputy Group Chief Executive Officer as early as 2014. A member of the Airbus board of administrators since 2016, Catherine Guillouard also chairs the group’s Audit committee. She has also been part of the supervisory board of KPN since 2020. In August 2017, the French President appointed Catherine Guillouard as Chairwoman and CEO of RATP Group, a position she still holds following the renewal of her mandate in July 2019.