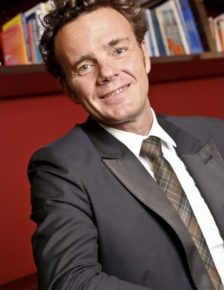 
As a graduate of ESSEC, Arnaud Gangloff has spent his entire career in consulting. In 2001, he participated in the creation of Kea & Partners, and he is now the Chairman and CEO. He has contributed to making Kea & Partners a reference in the world of general management consulting, a pioneer and innovator in the field of business transformation. For more than 15 years, he has been leading and directing the firm's R&D work in this area (managerial innovation, alert companies, responsible transformation, etc.). As a manager, he has developed a conviction: beyond the citizens, the State, the actors of the society, the company has a role to play so that the society as a whole is sustainable tomorrow, from a social and environmental point of view. He has co-signed or signed several tribunes in favor of the Pact law, in order to give back to the company the place it should have, in particular in the field of its social and societal responsibility in the broad sense. He also testified, along with 7 other executives, in the white paper: "Entreprise à mission: 10 good reasons to go for it" and is an active member of the Community of Companies with a Mission. Committed to action alongside his clients, he works mainly on major international transformation projects in complex environments.