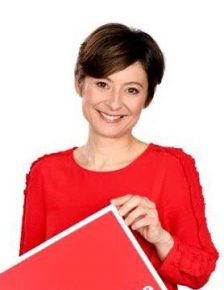 
Alexandra Bensaid is a radio host and producer on national public radio France Inter with her program "On n’arrête pas l’éco" since 2010. On national TV, she comments on economics in "Le 20 Heures" on France 2 since 2018. Alexandra graduated from the Institut d’Etudes Politiques (Paris), the Centre de Formation des Journalistes (Paris) and has a Certificate of International Studies of Columbia University (New York). Alexandra was born in Marseille, and has also lived in New York and Arusha (Tanzania).