Minister of the Economy and Finance - France 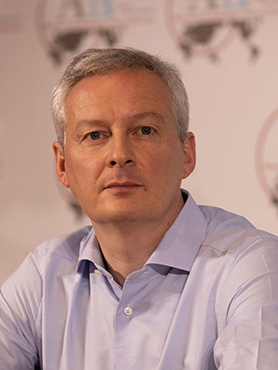 Bruno Le Maire is a French politician and career diplomat who currently serves as Minister of Economy and Finances in the French government headed by Edouard Philippe.

How to Renew European Trust?