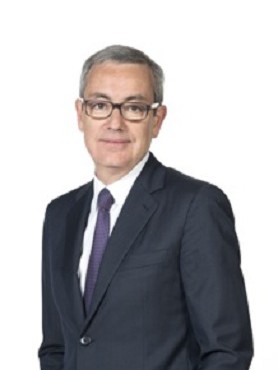 Jean-Pierre Clamadieu joined Solvay in September 2011 as member of the Executive Committee, immediately after Solvay acquired Rhodia. Before that, he was Rhodia’s Chief Executive Officer since October 2003 and since March 2008 also Chairman of the Board of Directors.

Between 1993 and 2003 Jean-Pierre Clamadieu held several executive positions within Rhodia and its former parent company Rhône-Poulenc.

Following his graduation with honors from the Ecole Nationale Supérieure des Mines de Paris Jean-Pierre Clamadieu had a nine-year career at the French Civil Service, including as technical advisor to the Minister of Labor.

As an international chemical group, Solvay assists industries in finding and implementing ever more responsible and value-creating solutions. Solvay generates 90% of its net sales in activities where it is among the world’s top three players. It serves many markets, varying from energy and the environment to automotive and aeronautics or electricity and electronics, with one goal: to raise the performance of its clients and improve society’s quality of life. The group is headquartered in Brussels, employs about 26,000 people in 52 countries and generated 10.2 billion euros in net sales in 2014. Solvay SA (SOLB.BE) is listed on EURONEXT Brussels and EURONEXT Paris (Bloomberg: SOLB:BB – Reuters: SOLB.BR).