Created in 2001 by Le Cercle des économistes, Les Rencontres Économiques d’Aix-en-Provence have become an incomparable meeting place for current economic thought from France, Europe and the world. This forum brings together business leaders, academics, economists, thinktanks, NGOs, and students for three days of discussion that are free and open to the public. The confrontation of different international points of view, reflected through a French prism, imparts originality and liveliness to Les Rencontres.

Conceived from the beginning as an intellectual terrain of encounter among diverse viewpoints, the forum has most recently taken the initiative of enlarging the roles of young people and of entrepreneurs in its economic discussions. Created in 2013, the competition “La parole aux étudiants” provides the opportunity for 100 selected students to be invited and participate in Les Rencontres Économiques d’Aix-en-Provence, to take part in the discussions and exchange ideas with the invited speakers and panelists.

The forum takes place at the same time as the Lyric Festival of Aix-en-Provence during which, over the course of three days, the city becomes a unique site in which economics and culture meet and mingle.

Les Rencontres Économiques d’Aix-en-Provence has as its goal to vitalize economic debate at the French, European and international levels. Organized each year around an economic and social theme, these three days of discussion aspire not only to contribute to a better public understanding of economic problems, but also to identify which policy alternatives should best be put into effect. Les Rencontres are also an exercise in intellectual exploration culminating at the end of the conference in a joint public statement by the members of Le Cercle des économistes.

The participation of students in Les Rencontres économiques d’Aix-en-Provence offers a unique opportunity for French young people to meet face-to-face with top-level economists.  This allows the bringing together of the perspectives of today’s economic policy-makers with the aspirations of the rising generation.  Since 2013 the Economists’ Circle and their partners in this exercise have also been inviting the directors of start-up companies to participate, so that they can interact with the heads of large companies and institutions which have the potential to help them achieve their business goals.

Le Cercle des économistes was founded in 1992 and is made up of 30 economists and French university academics, Le Cercle des économistes is a group dedicated to independent thought. It is a non-profit organization whose mission is to organize and promote economic discussion and debate, which is open and accessible to everyone. Its members are distinguished by diverse approaches and varied areas of special competence, ensuring the richness and inclusiveness of its discussions.

Le Cercle des économistes organizes various annual events, of which Les Rencontres is one. It is organized by an in-house team which assures the smooth logistics of the forum. They are in turn assisted by about a hundred students at the time of the event.

The group has several annual publications and its members are frequently solicited by the media for their expert opinions. 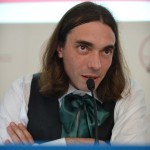 « Les Rencontres fully live up to their name:  Even more than diverse presentations, there are encounters among all segments of the public, presenters and speakers.  As much happens in the hallways as in the meeting rooms.  I was only able to spend one day at Les Rencontres, but it was indeed a rich and profound experience! » (translated from the French) 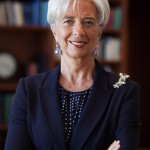 « My first participation in the Economic Encounters of Aix-en-Provence was in 2004. I was there in my capacity as President of Baker McKenzie, at a time when, with Madeleine Albright and Justice Breyer, we were exploring the limits of law and economy.  I came back as the Special Minister of Foreign Commerce, and then again as Minister of Economics, Finance and Labor.  Most recently I participated as Director General of the International Monetary Fund.  I participate faithfully in the Les Rencontres because it is an event which is not to be missed, allowing for enrichment through contact with other presenters, for interaction with a general public which is becoming ever more sophisticated, and for the opportunity to offer analyses policy ideas in a privileged setting, with an ambiance marked by courtesy, mutual respect, and straightforwardness.  The narrow byways of Aix, which I loved to climb when I was a student at Sciences Po, create an interpenetration of economy and art, light and nobility.  I am sure that Les rencontres will continue to be a valuable rendez-vous, an ideal place for discussion and exchange of ideas, offering to the decision-makers of today the opportunity to meet the decision-makers of tomorrow.  » (translated from the French) 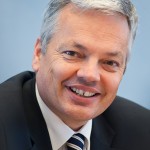 « Bringing together economic actors of the first rank and from all walks of life to make sense of our times and to develop innovative perspectives for the future is a difficult and ambitious exercise.  This challenge is perfectly met by the dynamic team of the Economic Encounters of Aix-en-Provence. The straightforwardness and the warmth of welcome of the people of Aix contribute to the atmosphere of conviviality and open-mindedness which characterize the quality of the discussions.  I will return with great pleasure.   » (translated from the French) 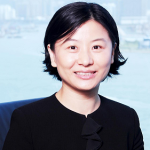 “Les Rencontres is indeed a special experience meeting world-class scholars and policy makers. It’s not only a French conference but also a world event!”