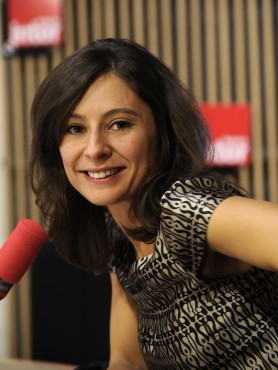 Alexandra Bensaid is a radio journalist, producer and host of “On n’arrête pas l’éco”, a one-hour long program that gathers around 2 million listeners every Saturday morning, broadcast on France Inter, a French national public radio.

Alexandra was hired by France Inter 15 years ago and during this time held various positions as a business and economics journalist.

Alexandra was born in Marseille. She also lived in New York and Arusha (Tanzania).