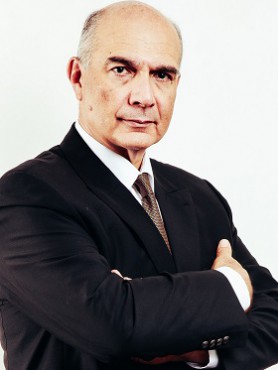 Mr. Mostafa Terrab holds a M.S. (1982) and a Ph.D. in Operations Research (1990) from the Massachusetts Institute of Technology (MIT), Cambridge, USA. He has also received an engineering diploma from the École Nationale des Ponts et Chaussées, Paris, France (1979).

Mr. Terrab worked for Bechtel Civil and Minerals Inc. (1983/85) in San Francisco, California, as an analyst in transportation systems. From 1988 to 1990 he was a fellow of Draper Laboratory, Cambridge, Massachusetts. Between 1990 and 1992 he was an assistant professor at the Rensselaer Polytechnic Institute, Troy, New York, where he held joint appointments in the Department of Decision Sciences and Engineering Systems and the Department of Civil and Environmental Engineering.

Between 1992 and 1998, Mr. Terrab was an advisor in the Royal Cabinet, Rabat, period during which he also took up the position of Secretary General of the Middle East/North Africa Economic Summit.

In February 2006 he was appointed Director General of OCP (Office Chérifien des Phosphates) and since June 2008 Chairman of the Board of Trustees of OCP Group.

Mr. Mostafa Terrab was born on October 19, 1955 in Fes. He is married and has three children.