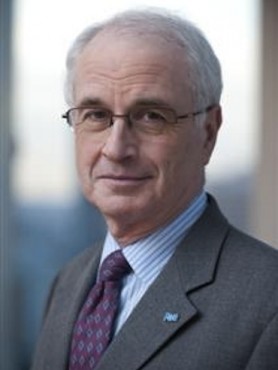 Born in Paris on the 28th March 1950, Dominique Maillard graduated from the prestigious ingeneering school “Ecole Polytechnique” and “Ecole des Mines de Paris”. He spent most of his career in the energy sector. From 1998 to 2007, he worked as the head of the energy and mineral resources department of the ministry of industry and chaired the governing board at the International Energy Agency (2002-2003). Since may 2007, Dominique Maillard is the Chief Executive Officer of RTE, the French Transmission System Operator he has been appointed again from 1st September 2010 for five years. Since December 2012, he is chairing the FNEP (Foundation for enterprise and performance).