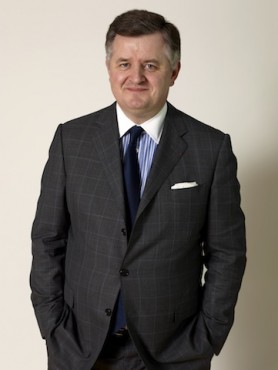 Augustin de ROMANET, 52, senior grade civil administrator, is a graduate of the Paris Institute of Political Science and a former student of ENA. He started his career in the Budget Directorate of the Ministry of Economic Affairs and Finance. From 1995 to 2004, he worked as senior advisor and Chief of Staff to several Ministers, A. Madelin, F. d’Aubert, A. Lamassoure, J. Arthuis, A. Lambert and J-L. Borloo, except for three years, from 1999 to 2002, when he worked as Chief Executive of the Oddo et Compagnie investment firm. In 2005 he became deputy Secretary-General of the French Presidency. In October 2006, he was appointed Executive Vice President for finance and strategy of Credit Agricole Group S.A. He has been Director General of the “Caisse des dépôts et consignations” since from 2007 to 2012. He has been Chairman of the “Fonds stratégique d’investissement” since from 2008 to 2012. He has been the founder of the LTIC (Long Term Investor Club). On 2012, Augustin de Romanet was appointed as Chairman & CEO of Aéroports de Paris.