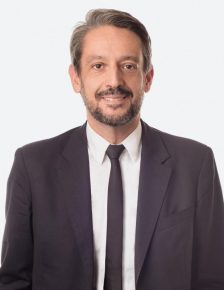 
Jean-Louis Girodolle joined Lazard in January 2007 as Managing Director. He is involved in advisory missions in the Mergers & Acquisitions Department in Paris. He has been advising large French and international companies like : ADP, Airbus, Air France KLM, Areva, CDC, CGG, Dongfeng Motors, EDF, Edison, General Electric, Geodis, Grupo Luksic, La Poste, Nippon Steel Sumitomo Metal, Safran, SAUR, SNCF, Thales, Ubisoft, Valeo, Veolia, Vinci, Zodiac, ... Prior to Lazard, Jean-Louis served as a Director at the French Government Shareholding Agency of the Treasury Department, in charge of Transports and Infrastructures. He has been involved in some of the most important acquisitions, privatizations, IPOs and restructurings in France. Mr. Girodolle began his career in 1994 in the Ministry of Finance Audit Department. He then held other positions with the Ministry of Finance, where from 1998 until 2003 he was the Head of the Financial Markets Division, Advisor of the Minister of Finance and Deputy Head of the State-Owned Banks Division. Mr. Girodolle is graduate to the Institut d’Etudes Politiques de Paris and studied at the Ecole Nationale d’Administration.