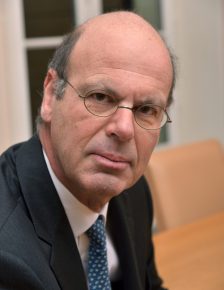 
A graduate of HEC, Eric Lombard began his career in 1981 at Banque Paribas where he held various positions in the International Trade Department and in Financial Management until 1989.

When BNP Paribas was created in September 1999, he was appointed head of the Financial Institutions Group and a member of the Executive Committee of Corporate and Investment Banking, before taking over responsibility for Corporate and Institutional Relations in September 2002.
In 2004, he became Chief Executive Officer of BNP Paribas Cardif, then in 2006, Chairman & Chief Executive Officer.