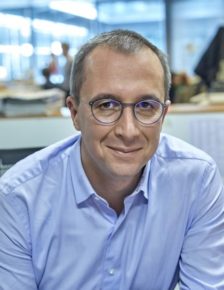 
Xavier Barbaro started his career in 2001 at Louis Dreyfus Communication (LDCom), before joining Louis Dreyfus Commodities in Geneva as an attaché to the General Manager. He was in charge of the business plan, then led several projects in Asia. He joined Direct Energie in 2007 as Director of Development, then created Neoen in 2008. He is a graduate of the École Polytechnique and the École Nationale des Ponts et Chaussées, and holds an MBA from Harvard.