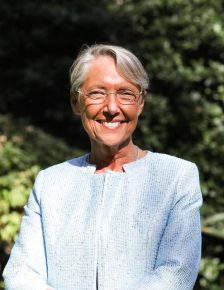 
Elisabeth Borne has been serving as Minister of Labour, Employment and Economic Inclusion since July 2020. She graduated from the Collège des Ingénieurs, the Ecole Nationale des ponts et chaussées and from the Ecole Polytechnique. She spent a large part of her career in the public sector as an advisor in various ministerial cabinets, including the Cabinet of the Prime Minister Lionel Jospin from 1997 to 2002. In 2002, she joined the SNCF as Director of Strategy and in 2008 she became General Director of urban planning for the city of Paris. In 2013, she was Prefect of the Poitou-Charentes region. In 2015, she was appointed Chief Executive Officer (CEO) of the RATP. In 2017, she was appointed Minister for Transport, attached to the Minister for the Ecological and Inclusive Transition before being appointed Minister for the Ecological and Inclusive Transition in 2019.