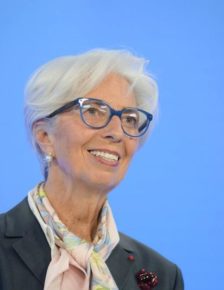 
Since November 2019, Christine Lagarde has been the President of the European Central Bank. Between 2011 and 2019, she served as the eleventh Managing Director of the International Monetary Fund (IMF). Prior to that she served as French Economic Finance Minister from 2007 to 2011 after having been Trade Secretary from 2005 to 2007. A lawyer by background, she practiced for 20 years with the international law firm Baker McKenzie, of which she became global chairman in 1999. In all such positions, she was the first woman to serve.


13:55
What is the world at risk of?
Amphi 1
Watch the overview Watch on-demand video