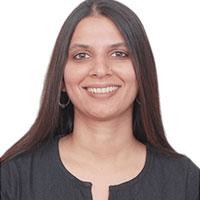 
Yamini Aiyar is the President and Chief Executive of CPR. Her research interests are in the field of  social policy and development. In 2008, Yamini  founded the Accountability Initiative at CPR. Under her leadership, the Accountability Initiative has produced significant research in the areas of governance, state capacity and social policy. It pioneered a new approach to tracking public expenditures for social policy programs and is widely recognised for running the country’s largest expenditure-tracking survey in elementary education. Yamini’s own research on social accountability,  elementary education, decentralisation and administrative reforms has received both academic and popular recognition.

Yamini Aiyar is a TED fellow and a founding member of the International Experts Panel of the Open Government Partnership. She has also been a member of the World Economic Forum’s global council on good governance. Previously, she has worked with the World Bank’s Water and Sanitation Program and Rural Development unit in Delhi, where she focused on action research aimed at strengthening mechanisms for citizen engagement in local government. Additionally, she was a member of the decentralisation team at the World Bank that provided policy support to strengthen Panchayati Raj (local governance) in India.