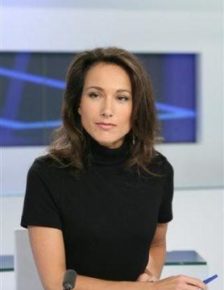 
Stéphanie Antoine is a French journalist, who presents the 20-22h slice of information on France 24 and every Friday the « La semaine de l’Eco » program. She covers major forums including Davos and international political events.

Graduated from the Institute of Political Studies (IEP) of Paris and the New York University (Master of Journalism), she began her career at ABS News and CNBC in New York, then at Bloomberg TV in London. In France, she directed reports for the magazines “Argent Public” (France 2) and “Zone Interdite” (M6).