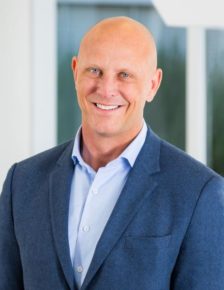 
Martin Fitchet, M.D., is Head of Global Public Health (GPH) at Johnson & Johnson where he leads an organization fully-dedicated to addressing some of the highest unmet needs and healthcare challenges facing the world’s most vulnerable and underserved people. With a focus on accelerating development and access to transformational innovation for those in low and middle income countries through an end-to-end approach Martin brings more then 20 years of experience as a proven research and development (R&D) leader. Under his leadership the GPH team combines R&D, global access strategies and programs, and local operations to advance the critical solutions that save lives, cure patients and prevent disease for those impacted by tuberculosis, HIV, mental illness and other public health challenges. Prior to joining GPH Martin was R&D and Global Therapeutic Area (TA) Head, Pulmonary Hypertension (PH), for Actelion, a Janssen Pharmaceutical Company of Johnson & Johnson. In this role, Martin was responsible for all aspects of Actelion's R&D strategy and execution across its growing portfolio of assets in Pulmonary Arterial Hypertension (PAH). Martin joined Actelion from Johnson & Johnson Medical Devices, where he led global R&D across the company's three Medical Devices franchises: DePuy Synthes, Ethicon, and Cardiovascular & Specialty Solutions. Prior to that, Martin served as Global Head of R&D for the DePuy Synthes Companies of Johnson & Johnson. During his tenure, he partnered with key functions across the Medical Devices sector to align and prioritize innovation platforms, drive portfolio discipline, and increase productivity, launch cadence, and portfolio impact. Originally joining Johnson & Johnson in 2000, Martin assumed positions of increasing responsibility. While serving as Chief Operating Officer for Janssen R&D, he oversaw operational excellence and execution of clinical development programs, thereby maximizing effectiveness and efficiency in bringing new medicines to patients. As Global TA Head for Cardiovascular & Metabolism R&D, he was responsible for the development of compounds in cardiovascular disease and diabetes including XARELTO® and INVOKANA® respectively. Prior to joining Johnson & Johnson, he held scientific leadership positions in Medical Affairs and Research & Development in metabolism and diabetes for Sanofi Aventis and Novartis. Having earned his degree at the University of Nottingham Medical School in Nottingham, UK, Martin became a Fellow of the Royal College of Surgeons of England in 1995, and later joined the Faculty of Pharmaceutical Medicine in London, UK.