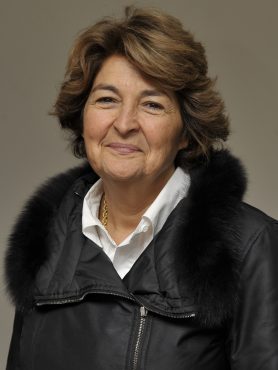 Joëlle Toledano is currently Professor of Economics at the « Governance and Regulation » Chair at Paris Dauphine University, member of the Board of the Agence Nationale des Fréquences (ANFR) and heading two digital startups.

She has pursued a double career in both business and academia before becoming involved in public policy and regulation. Joelle started her professional life as a research associate with the CNRS and then as associate professor of economics. At the same time, she held various positions with computing and telecommunications firms including as managing director of a large French software company. In 1993, she joined the Strategy Division at La Poste where she became Director of European and National Regulation in 2001. From 2005 to September 2017, Joëlle was professor of economics at CentraleSupélec and from mid 2005 to 2011 she was also Commissioner of ARCEP (French telecommunications regulatory agency).

In 2011, she chaired the newly-founded European Regulators Group for Postal Services. In 2014, she submitted a report on « Dynamic spectrum management for innovation and growth »to the French government. Last year France Stratégie, a think tank affiliated with the Prime Minister’s Office commissioned her to chair a working group on blockchain-related issues.

She wrote several books and a number of scientific articles on industrial organization, competition policy and regulatory economics, telecoms and digital economics.

Session 10 : Is the Digital Divide the New Social Divide ?

The expression "digital divide" dates back to the 90s with a growing fear in the United States of disparities of access amongst the rising "information society". The poorest and certain social groups risk being excluded from access to "ICTS" ("INFORMATION AND COMMUNICATION TECHNOLOGIES"), and in particular from access to the Internet, analyzed as a vector of knowledge and democracy. In terms of public policy, the first answers revolved around "infrastructures".

Is the Digital Divide the New Social Divide?