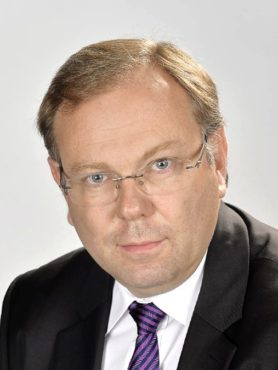 Mr. Bruno DALLES started his legal career as a magistrate and held various positions within the national judiciary and customs authorities, including Head of the National Judicial Customs Department or Head of the Fight Against Organised Crime, Terrorism and Money Laundering Bureau within the Ministry for Justice. He was appointed as Director of the French financial intelligence unit TRACFIN in 2015 (government agency with national authority).

His operational experience also covers prosecuting, as Public Prosecutor in Melun (north-central France) in 2010-2015 and investigations, as Investigating Judge in Abbeville (northern France) from 1994 to 1997.

Mr. DALLES graduated from the National School for Magistrates in Bordeaux (southwestern France). He also holds a degree in Public Service from the Political Institute of Paris and a degree in Law from Toulouse University.

Do we Live in a Tyranny of Transparency?