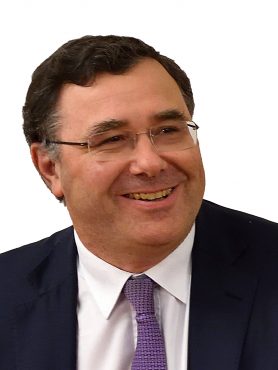 From 1989 to 1996, he held various positions in the French Industry Ministry and in ministerial offices, including Environment and Industry Technical Advisor to the Prime Minister from 1993 to 1995 and Chief of Staff to the Information Technology and Space Minister from 1995 to 1996.

He joined Total in January 1997, as Chief Administrative Officer of Total E&P Angola and became Group Representative in Qatar and CEO of Total E&P Qatar in 1999. In August 2002, he was named Senior Vice President, Finance, Economics and Information Systems in Exploration & Production.

Patrick Pouyanné has been a member of Total’s Management Committee since May 2006.

On October 22, 2014, Patrick Pouyanné was appointed Chairman & Chief Executive Officer of Total by the board of Directors and become therefore President of the Executive Committee.

Has Globalisation Turned Its Back On The People?