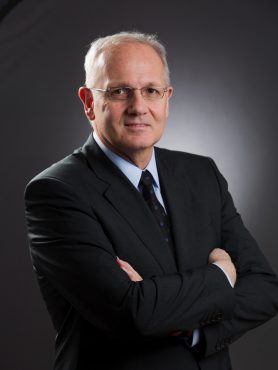 Jean-Yves Le Gall is President of the Centre National d’Etudes Spatiales (CNES), the French space agency, since 2013. In this capacity, he is interministerial coordinator for satellite navigation programmes and Chair of the Administrative Board of GSA, the European GNSS Agency. He is also Chair of the Council of the European Space Agency (ESA) and President of the International Astronautical Federation (IAF).

Born in 1959, Jean-Yves Le Gall is a qualified engineer and scientist who has devoted his entire career to the European space programme. He holds the rank of Commander of the National Order of Merit and Officer in the Legion of Honour in France. He has also been awarded the Order of Friendship by the Russian Federation and the Order of the Rising Sun, Gold and Silver Star, by the government of Japan.