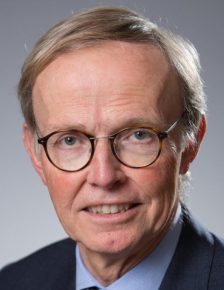 
Olivier Garnier is Director General at the Banque de France, where he oversees statistics, economic and monetary research, and international relations. He is a member of the Eurosystem's Monetary Policy Committee and various international committees (BIS, OECD, etc.). Before joining the Banque de France in 2017, he held various responsibilities within the Ministry of Economy and Finance, notably as Economic Advisor to the Director of the Treasury (1992-1994) and then to the Minister of Finance (1994-1997). He was also a member of the team of economists at the US Federal Reserve Board (1990-1992). Between 1998 and 2017, he held various positions within the Societe Generale Group, first as Deputy Chief Executive Officer of Societe Generale Asset Management and then as Chief Economist and member of the Group's Management Committee. In addition, since June 2021, he has been President of the French Association of Economics (AFSE). He was a member of the Conseil d'analyse économique from 2002 to 2012. He is a graduate of the École Polytechnique, the E.N.S.A.E, and the University of Paris-Dauphine.