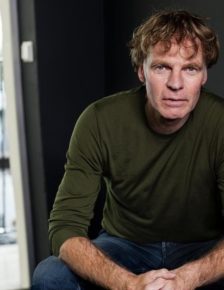 
Architect, urban planner and landscape architect Winy Maas (1959) is co-founder and principal architect of MVRDV. He has received international acclaim for his range of urban planning and building projects, across all typologies and scales that are self-generated, innovative, experimental, and theoretical. Over the past 27 years, Winy has been responsible for many award-winning projects. In addition, he has developed several masterplans for Paris, Eindhoven, and Utrecht. Since 2012, he has been supervisor of Almere Floriade 2022, and in 2017 Winy was appointed supervisor of Eindhoven City. Winy is Professor in Urbanism and Architecture at the Technical University Delft and Director of The Why Factory, the think tank on future cities at the Technical University Delft, that has published many books on future cities since 2006, among them Green Dream(2010), Barba (2015), Copy Paste(2017), and PoroCity (2018). Winy was awarded Order of the Dutch Lion (the Netherlands) and Chevalier de la Légion d'honneur (France).