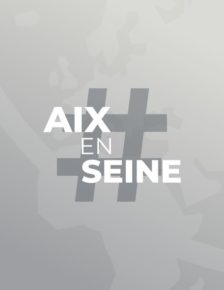 Roselyne Bachelot-Narquin is a Doctor of Pharmacy. She has practiced her profession in pharmaceutical laboratories, pharmacies and research laboratories, specializing in the study of carbon-hydrogen bonds in complex molecules.
Elected General Councillor of Maine et Loire, then Councillor and Vice-President of the Pays de la Loire Regional Council, President of the Commission for Spatial Planning, she was elected and re-elected 5 times Member of Parliament for Maine et Loire from 1988 to 2012. She was also a Member of the European Parliament from 2004 to 2007.
Called to the government of Jean-Pierre Raffarin and then François Fillon, she held several ministerial posts: Minister of Ecology, Minister of Health, Minister of Sports, Minister of Solidarity.
Since 2012, she has worked as a host and editorialist for various print, radio and television media. In this capacity, she is responsible for a daily programme "Face à Bachelot" on LCI as well as a columnist in several of the channel's programmes as well as on TF1, a weekly column devoted to opera on France Musique, and regularly participates in "Les Grosses Têtes" on RTL. She writes "Signé Roselyne" for the Nice-Matin group, an editorial that appears on Sundays and articles for ForumOpéra, of which she is president.
She is a volunteer on the executive boards of 14 charitable and cultural associations.
Roselyne Bachelot-Narquin is the author of several books. Her latest book Corentine, published by Plon in 2019, is a best-seller and will be available in paperback in June 2020.