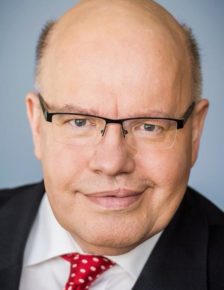 As of 2006 Peter Altmaier has been the President of the Europa-Union (German branch of the Union of European Federalists) and at the end of 2011 he took over the office as Honorary President.

Peter Altmaier studied law at the Saarland University (First and Second State Examinations in 1985 and 1988). He also holds a certificate in European Integration studies (1986).