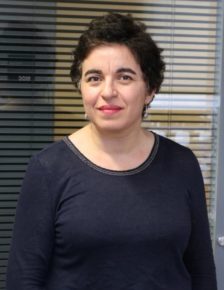 
Graduated from the National School of Statistics and Economic Administration in 1996, and from the National School of Administration in 2000 (promotion Averroès), Maya Atig worked at the General Directorate of the Treasury until 2016. She developed her expertise there on the entire banking, financial and insurance sector, and participated in the negotiation of numerous European texts (Solvency 2, Bank Capital Requirements, Collateral, Payment Services ...).

Between 2012 and 2016, she acquired operational market experience, as Deputy Director General of Agence France Trésor, in charge of debt and treasury management for the State.

Since 2016, she has been Deputy Managing Director of the National Federation of Crédit Agricole, in charge of finance and risk for the Regional Banks. She thus has concrete knowledge of the mechanisms of retail banking and the internal processes of a group present in many activities.