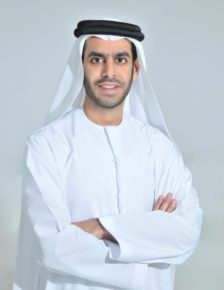 
HE Marwan bin Jassim Al Sarkal is Executive Chairman of the Sharjah Investment and Development Authority (Shurooq), an entity tasked with leading the continued transformation and economic diversification of the emirate of Sharjah.

Marwan Al Sarkal was appointed Chief Executive Officer (CEO) of Shurooq in 2009 at the time of its establishment as per the Emiri Decree no.2 of 2009 that was issued by His Highness Sheikh Dr. Sultan bin Muhammad Al Qasimi, Member of the Supreme Council and Ruler of Sharjah. In his capacity as CEO, he intensified efforts to drive and lead the investment and cultural growth and development of Sharjah.

Operating under the wise directives of His Highness the Ruler of Sharjah, and under the vision of Sheikha Bodour bint Sultan Al Qasimi, Chairperson of Shurooq, HE Marwan bin Jassim Al Sarkal