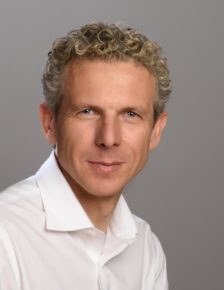 
Gilles Babinet is a French multi-entrepreneur. Since 1989, he has created 9 companies in various areas, such as mobile music (Musiwave), co-creation (Eyeka), Big Data marketing (CaptainDash). He is also vice-president of the National Digital Council.

Gilles is a well know digital visionary in France. He has been collaborating with the Think Tank Institut Montaigne on many research papers on digital competitiveness, digital inclusion, big data. In 2011, he was appointed chairman of the National Digital Council. Since 2012, Gilles has been the French Digital Champion, representing France at the European Commission for digital matters. He is a professor at SciencesPo Paris in Public Policies & Digital.

Gilles recently published another book « Transformation digitale, l’avènement des plateformes » on the digital transformation as it should be implemented in large companies. He has also been a member of many boards, including EY and EDF Foundation and loves to give new startups advice.