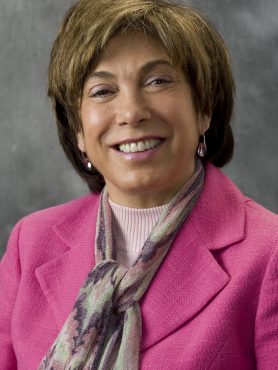 Laura D. Tyson is a Distinguished Professor of the Graduate School and Director of the Institute for Business & Social Impact at the Berkeley Haas School of Business. She chairs the Blum Center for Developing Economies Board of Trustees. From 2002-2006, she served as Dean of London Business School and from 1998-2001 she served as Dean of the Berkeley-Haas. Tyson was a member of the US Department of State Foreign Affairs Policy Board and a member of President Obama’s Council on Jobs and Competitiveness and the President’s Economic Recovery Advisory Board. She served in the Clinton Administration as the Chair of the Council of Economic Advisers (1993-1995) and as Director of the National Economic Council (1995 – 1996). She is a member of the Board of Directors of AT&T, CBRE Group Inc. and Silver Spring Networks.

Klugman, Jeni and Laura Tyson. Leave No One Behind: A call to action for gender equality and women’s economic empowerment. UN Secretary-General’s High-Level Panel on Women’s Economic Empowerment, September 2016.

Spence, Michael and Laura D. Tyson. “Exploring the Effects of Technology on Income and Wealth Inequality.” Forthcoming chapter in Harvard University Press volume on Piketty’s Capital in the 21st Century.

Are Inequalities Compatible With Prosperity?