Chairman of the Executive Board - Groupe SOS 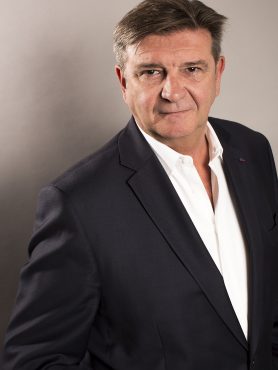 Jean-Marc Borello was born in 1957 in Aix-en-Provence. He started his career in 1977 as a special needs worker in a youth center for delinquent youngsters and highly vulnerable adolescents. In 1981 he was appointed advisor in interministerial mission for the fight against drugs and addictions. He then held various positions in government offices before leaving the civil service in 1987 to chair a leading group of communication activities, restaurants and hotels.

In 1997 he decided to focus full time on GROUPE SOS, a non-profit organization he had created in 1984. With its 15,000 employees, 405 establishments, and 800 million euros in sales revenue in 2016, the GROUPE SOS is Europe’s first social enterprise. This social business addresses major challenges in sectors which deal with youth, employment, solidarity, senior citizens and society at large.

Basing its actions on the fight against different forms of social exclusion, GROUPE SOS has diversified its activities over the years and is able today to provide solutions for people at all levels in society, including those with few or no resources. GROUPE SOS has been motivated from the very beginning by a goal of social innovation in order to find solutions to the social issues of our times. By highlighting unnecessary costs and the ensuing wealth created GROUPE SOS is able to show how certain expenses can allow significant savings to be made and in turn transformed into societal investments. 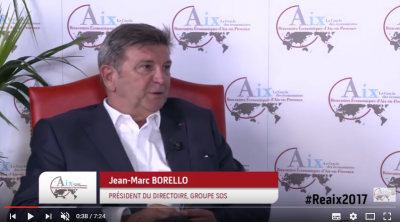 Is The World Moving Forward?