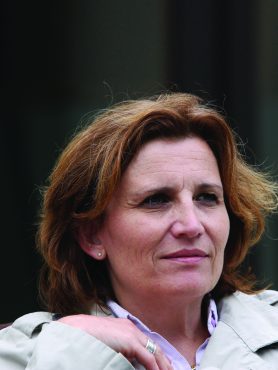 Véronique Descacq is deputy secretary-general of the French Democratic Confederation of Labour (CFDT).

She has in charge the coordination of the claiming activity, the employment policy, the economic policy and the Labour Unions relationship.

Her career began in the Banque Populaire’s group in 1987, group within which she takes labour-union functions, in 1999, by becoming a CFDT’s national union representative until 2005. It’s from this date that Véronique Descacq is elected general secretary of the CFDT bank’s federation. In 2006, she is then elected to the Confederate National Office. In 2010, she is elected national secretary, and in 2012, deputy general- secretary of the confederation.